Have you ever wondered where you might come from? Well, from your parents, obviously.

But have you wondered, any further back, where they might be from? Where their parents, your grandparents, might come from? Have you ever wondered what far-off land you might have roots from?

It almost certainly isn’t just where you live now. Millions and billions of people have lived on this earth, moving around as their needs have forced them to. This has led to many family trees being full of relatives from unlikely places.

You might find that grandmother, 5 times removed, was from Morocco, or a relative from Southeast Asia. It’s a fascinating journey, trying to figure out your family lineage.

In this guide, we’re going to help you figure out if anyone in your family might have Eastern European ancestry, and how difficult that challenge might be.

What Is Considered To Be ‘Eastern European’?

One of the easiest ways to start looking to see what is considered Eastern European is with geography.

Generally speaking, Most countries found to the east of Germany have historically been considered to be ‘Eastern Europe’.

So, from that list, it seems pretty simple: Find out if you have any ancestors from this list of countries, and you’re all done. Oh, if only things were so simple.

For a start, you might be doubting if some countries here count as Eastern European.

For example, Greece and Austria are often not considered to be a part of the rest of the list, often being considered Southern and Western Europe respectively, in some cases.

Not only that, but for some people, there is some contention on whether Russia and Turkey are considered Eastern European, or West-Asian.

And also, by this metric, countries such as Finland and Sweden could be considered Eastern European, yet usually aren’t considered when talking about.

So what do people mean then? Well, like many other parts of the world, Eastern Europe is as much about culture, ethnicity, and history, as it is about geography. 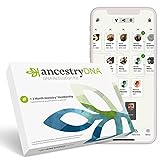 In terms of its cultural and ethnic history, Eastern Europe has been a melting pot for a whole range of people throughout the ages.

As far back as the classical period, the first millennium B.C., parts of what now makes up Eastern Europe were part of regional empires and states, such as the Ancient Achaemenid Empire, that, whilst based in what is now known as the Middle

East, reached as far as the Black Sea, reaching as far as modern Moldova and Romania, as well as Greece.

After them, the Roman Empire would be the dominant power and would cover at least parts of the land that would become modern Bulgaria and Romania, whilst various groups from Northern Europe and Northwest Asia would periodically move into Europe, encountering and sometimes clashing with the Southern European powers, which would include groups such as the Goths, the Franks, the vandals, and, perhaps most famously, the Huns.

All of these groups would likely be considered Eastern European by today’s standards, along with a whole host of groups that we label as being of ‘Slavic’ people.

After the Roman Empire fell, the dominant groups in the area would likely have been the Slavic people, who would interact with both Western Europe and Russia throughout the Middle Ages, and the former Romans, now called Byzantines of the south, who would have likely exerted a lot of control to the surrounding areas and people.

All this would mean that many people would both be pushed out of their native homeland, and many new people coming to call Eastern Europe home, such as people with Celtic and Scandinavian heritage.

By the time you come to the 1500s and beyond, many of these people would eventually incorporate both ethnicities from the Mongol Empire, who conquered the areas around Ukraine, Poland, and Russia, and the Ottoman Empire after them, who came originally the area that would become Turkey or southwest Asia and come to occupy both much of the Middle East and a sizable chunk of southeastern Europe.

All this, whilst many kingdoms of people would come to rise and fall in Eastern Europe, including Poland, Romania, and Russia.

All this to say, is that the story of the people that lived in Eastern Europe is as much a beautiful mess as it is a fascinating history in its own right. But, we’re getting off-topic.

So, What Is Considered ‘Eastern European Ancestry’?

With some history to give us a little more context, it becomes clear that defining Eastern European ancestry as anything past an arbitrary geographical line doesn’t help us much.

For our purposes, we’re going to need to use some other metric to help us.

Well, with some of the metrics we have given, we can broadly sum up what groups of ethnicities have at least lived in the area that we now call Eastern Europe, including any larger powers that might have occupied territory in that region.

From this massive family, we have managed to narrow down at least a few ethnicities that would be tied to Eastern Europe.

The most likely groups you would find would probably consist of Poles, Slovaks, several diasporas of Jewish people, Romani people, Croats, people from the Bosniak and Serbs groups, among just a whole range of others, including Huns, Chechens, Turks, Finns, and even Celts.

How Do I Find Out More?

With such a wide net cast still, at this point, you’re going to have to start digging a little on your own. Here are some of the first steps you’ll need to start narrowing down where your ancestry might be from.

Talk To Your Family

This will probably be your first port of entry when it comes to finding out more. Ask any of your family members if they knew is anyone in their ancestry that came from Eastern Europe.

They may know if any of their parents, or aunts and uncles, or grandparents emigrated.

There have been many waves of migration over the 21st, 20th, and 19th centuries of people moving to and from the region going elsewhere, including to Western and Southern Europe, as well as the United States, Canada, and many of the countries in South America.

The chances that someone in your recent ancestry, even going back 4 or 5 generations, comes from somewhere else in the world is pretty high.

Once you have some names and details, you can start mapping out your family tree. Depending on your circumstances, this may be more difficult for some than others, spending on how many people in your family you can readily talk to.

If you have enough names, you’ll already start to find that the roots of your family tree start to expand pretty quickly, as each generation will likely double in size from the previous. After all, everyone needs 2 parents!

Try to fill in as much as you can, but at this point, you’re going to need to start employing other methods to track where your relatives come from.

Track Any Names You Find

If you happen to have some kind of family tree of any kind, try and track what Names and surnames appear when and where. Some first names may be part of generational conventions, falling in and out of popularity at certain points in history.

Surnames may be more helpful in this case, as many names will have a greater accuracy to where they originated from.

For example, Marković, which is translated from ‘son of Mark’, is a pretty good indication that someone from Bosnia and Herzegovina was in your family tree at some point.

This is probably the definitive way of finding out where your ancestry goes. DNA used to be a very difficult thing to track. But fortunately, many companies have methods of tracking your genealogical history. That is the history of your genes.

What will happen is, you will be given a percentage chance of where some genetic markers in your DNA might be from, called an ethnicity estimate.

This not only can tell you where some of your DNA may have come from in the world at a certain point in time but can also help you locate where you might find other relatives you may not already know about!

It’s a great tool to get some more insight into your family’s history.

As we can see, it’s a little harder than it seems to find out if a person has any Eastern European ancestry in them. And in the end, some parts might still remain a mystery.

But hopefully, as time goes on, and you gather more information, more of that mystery will be revealed to you.

We hope that you have found this little guide useful and that it encourages you to speak to your family to find out more about yourself!

Use these to stay organized as you discover your family history!

Get more of our favorite resources here!

Welcome to Gen Wed! We help people who are curious about their family history know how to get started (or continue on) the journey to understanding their genealogical history. Check out our blog posts or see our favorite resources.